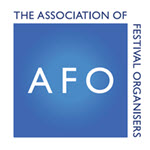 The VIRUS has and will continue to damage our industry for some time.  However, after several weeks of lobbying, consultations and meetings the chancellor has recognised the value that you return to the social and economic life of the UK.

This is the Government's press release announcing support for the self-employed.

More details will be released soon but the key points of the scheme are:

• The self-employed will receive a direct cash grant of 80% of their average profits, up to £2,500 per month
• The scheme is open to anyone with average profits of £50,000 or less.
• The scheme will operate for three months initially but could be extended
• The system will take time to establish and grants won’t be available until June – at which time those eligible will receive a payment for the whole three month period. So in effect, this will be a one-off grant to the self-employed
• HMRC will use the average trading profits from tax returns in 2016-17, 2017-18 and 2018-19 to determine the size of the grant. For those without 3 years of returns, the Treasury will look at what they do have but there will be nothing for the newly self-employed without any filed accounts.

With many thanx to friends and colleagues who have been in on the fight; amongst many NOEA, EIF, AIF, PSA and in particular Tom Kiehl and Greg Parmley at UK LIVE MUSIC.

Let's Re-think Our Sustainability Policies For 2021

With the devastating effect of COVID-19 destroying the 2020 festival season it does give organisers an opportunity to reflect on how they will recover in 2021. It also gives us all the opportunity to re-think our sustainability policies. ‘The world will never be the same again’ is a phrase often used, well it has been like that for some time.

There are a wide range of contracts that have been affected due to the Coronavirus (COVID-19) pandemic.

Are you or you staff furloughed by your festival?

New HMRC helpline launched to help businesses concerned about paying their tax due to coronavirus (COVID-19)...
Published on: 18th March 2020

UK Music Acting CEO Tom Kiehl calls on the Prime Minister to deliver “urgent clarity” over the impact of the coronavirus clampdown on music events....
Published on: 16th March 2020

Sensible advice from PSA and EIF...
Published on: 5th March 2020

Key planning recommendations for Mass Gatherings in the context of the current COVID-19 outbreak...
Published on: 2nd March 2020