Drones over your festival crowd! 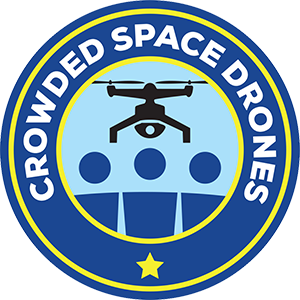 They were contracted to UK Counter Terrorism Policing to provide response to drone incidents across the UK following the incident at Gatwick.

Their team, led by Managing Director Andrew McQuillan (speaker at AFO Conference 2017), has significant Crowd Safety Management and have been involved in a considerable number of major events every year. In the aftermath of Gatwick, Andrew has warned event organisers to proceed cautiously in relation to drone detection systems.

“We have seen a gold -rush like situation developing following the Gatwick incident, with drone detection companies pushing heavily on selling their systems to events and venues dealing with crowds.  This is concerning as some make false claims of their capabilities.

Alarmingly, in some instances we have seen manufacturers and/or distributors declare that their system could have detected the Gatwick drones.  We know these claims to have been false.

We strongly advise any event, stadium or crowded place venue not to undertake any knee-jerk reaction to a perceived threat. There is a threat from drones to events, stadia and crowded places but currently there is no one system which will remove the threat”.

Andrew has offered free support to AFO members and made his team available to discuss concerns regarding drones, offering impartial advice on measures to protect events from drone issues.  They can be reached on [email protected] or 0330 2210 662

BIG DIFFERENCE COMPANY seeks new CEO, for the Leicester Comedy Festival and more. This could be a new role and direction for a festival organiser (and this is not a joke )

Melvin Benn, Managing Director of Festival Republic, has called for the increase of COVID-19 testing in the UK because entertainment and sport cannot operate fully with social distancing measures in place.

82% Of Festival Goers Ready To Return To Live Events

Over three quarters of 110,000 music fans surveyed by Festicket would buy tickets to 2021 festivals in the next two months, as demand for live events remains high

Exploring the value of arts and culture for families

Exploring the value of arts and culture for families...
Published on: 28th January 2019

Festivals and Tours turn travel CO2 into Solar for Schools