Festivals from eight countries across three continents were last night crowned winners at the debut International AGF Awards, organised by A Greener Festival.

The ceremony took place at the Royal Garden Hotel in Kensington High St, London, as part of the Green Events & Innovations Conference and on the opening night of ILMC 31, and was supported by RES and Video Illusions.

To be considered for an award, festivals must undergo a detailed assessment, a site visit, and analysis as part of the evidence-based Greener Festival Award scheme. Winners are those who scored highest across ten categories throughout 2018. The International Greener Festival Award is the highest overall scoring festival, across all festivals that were assessed globally.

Co-Hosts Ash Perrin of the Flying Seagulls Project, and Ben Challis and Claire O’Neill of A Greener Festival presented the awards. 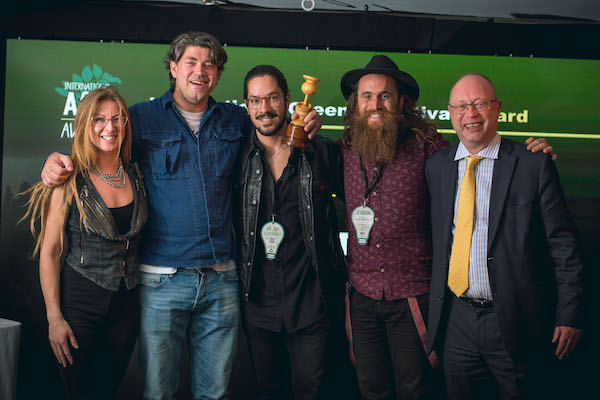 And the winners are:

WHY THE WINNERS WON

International Greener Festival Award
DGTL Amsterdam doesn’t only seek to reduce their environmental impact, but pushes boundaries to innovate, using the event as a test bed to find better ways that we can organise ourselves as individuals and as a society - Waste problem becomes resource solution. They are fully determined to be a circular festival. They have put sustainability at the forefront of their ambitions as an organisation, and by no means at the detriment of any other part, as their event inspires the many through their creative, positive and forward thinking approach. As well as leaving no stone unturned to close the loop on materials and green their own event at home, they are taking the good results and sharing them with their partners all around the world, helping to accelerate the changes we need to see, fast tracking the less engaged to a formula that works, and unwaveringly spearheading the revolution.

AGF Greener Transport Award
DGTL Amsterdam takes place across the water behind Amsterdam Central Station and has its own ferry service for three days. Being the culture of the Netherlands most people travel by bike.

Only 10% of the audience arrive by car and car occupancy is high. The event makes provisions so that public transport and cycling are the cheapest and easiest options. Bikes are provided for production staff and electric “Stint” vehicles for production transport. Off site DGTL use Segways for litter collection and transport. Being next to a dock the festival can take advantage of river freight, and DGTL also measure and aim to reduce the artist travel impacts, beginning with ground transport efficiencies and lift sharing.

AGF Greener Catering Award
Roskilde Festival has a huge number of mouths to feed, with 132,000 people per day for nine days. The festival requires all food traders to be 90% organic, and backed this up with training and connections with suppliers, as well as careful monitoring on site.

The festival collaborates with a wonderful non-profit organization called "Rub og Stub" and "Fødevarebanken" salvaging 30 tons of food, about 70,000 meals, to 75 shelters for homeless and refugee centres, food that would otherwise be thrown out from the various food stalls.

Additionally, reducing food waste has been a part of the training programmes organised by the festival for caterers in recent years. They also provide a campsite kitchen where vegetables and ingredients are provided and festival-goers can learn how to cook healthy, nutritious and delicious meals for free.

AGF Greener Power Award
The Green Gathering is a pioneer of the 100% renewable energy festival. The 2018 edition was run almost entirely on solar power. The energy use is monitored and efficiency is priority as the event needs must remain within the capacity of the power sources available. Green Gathering has provided not only their own event power needs using renewables, but has given a platform and inspiration to so many others to go out and do the same. Power is just one of the many fine facets of The Green Gathering, and this award is extremely well deserved.

AGF Community Action Award
In its 20 years of operation, Rainbow Serpent has not only developed into a leading transformational festival where co-creation with two of the indigenous owner groups has become its hallmark but more recently has instigated an Arts and Culture Foundation that aims to make the festival’s installations permanent by relocating them to a regional sculpture park.

AGF Greener Creative Award
Boom Festival provides a uniquely creative space that allows the restricting confines of modern-world thinking to dissolve, revealing an inseparable and wonderful connection with the nature and each other.

The Boomland is a work of art in itself, with the festival structures and sculptures merging seamlessly and using natural materials and permaculture techniques. As well as the physical structures and artwork, Boom provide a space where scientists, shamans, indigenous tribes, activists, academics and artists can come together to nurture good ideas for healing the human spirit, and bringing communities together in a new paradigm of acceptance and understanding that encourages happiness and wholeness.

AGF Circular Festival Award
Wood Festival has reduced the overall waste produced by the event in 2018 and increased the rate of recycling, have reusable cups and bottles, compost food onsite with compostable serveware, compost toilet waste including hay-bale urinals, which are also composted, and use 100% renewable energy. Only 0.2kg of waste pppd was produced during the event.

AGF Water & Sanitation Award
Paradise City has adopted advanced water monitoring techniques in order to identify where savings can be made, and in the last two years has reduced the water consumption per person by 27% to 9.1ltrs using various water saving techniques such as vacuum toilets, flow controlled taps, and clear communication around water conservation with the audience.

The festival shared investment in water purifiers with a fellow festival in order to allow for piped drinking water to the event site, increasing tap water refills, and shower grey water was treated and purified onsite in partnership with Eco Z, reducing waste water volume.

AGF Pied Piper Award (Greener Communications)
Wonderfruit festival demonstrated an outstanding and inspiring expression of their philosophy to live, love and wonder. What’s more, this expression is not reserved only for audiences and media, the organisers host an "Ethos Event" the day before doors open, to get all sponsors, partners, and government officials together in order to explore ways to drive sustainable development around Asia, with further engagement opportunities aimed at thought leaders and future initiatives focused on creating positive impacts together. 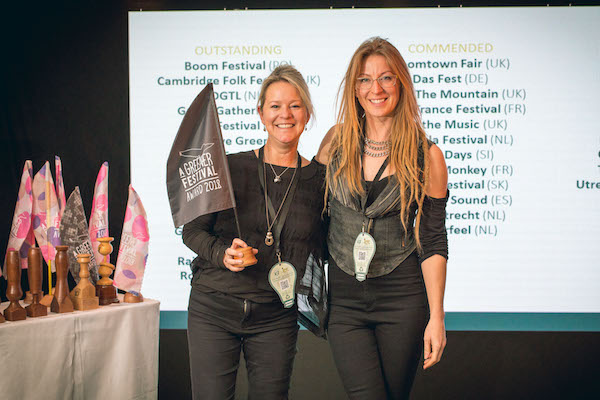